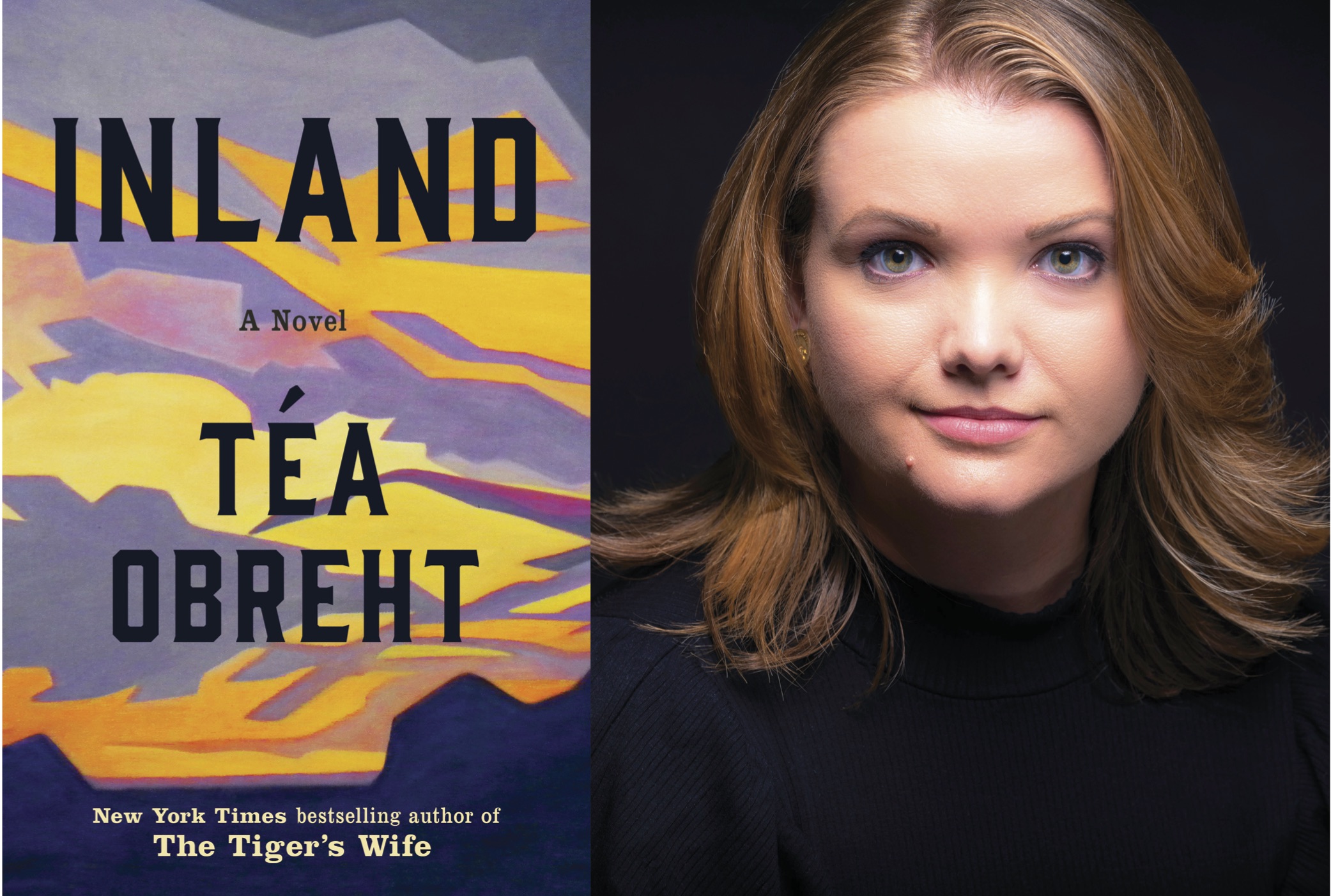 Bookshop Santa Cruz is delighted to welcome Téa Obreht, National Book Award finalist and bestselling author of The Tiger’s Wife, back to the store for a reading and signing of her new novel, INLAND—an epic journey across an unforgettable landscape, a stunning tale of perseverance and family, and a love letter to the complicated and glorious American West. This event is co-sponsored by The Humanities Institute at UC Santa Cruz.

In the lawless, drought-ridden lands of the Arizona Territory in 1893, two extraordinary lives collide. Nora is an unflinching frontierswoman awaiting the return of the men in her life—her husband, a newspaperman who has gone in search of water for the parched household, and her elder sons, who have vanished after an explosive argument. Nora is biding her time (and enduring her thirst) with her youngest son, who is convinced that a mysterious beast is stalking the land around their home, and her husband’s seventeen-year-old cousin, who communes with spirits.

Lurie is an immigrant—a man born under Ottoman rule who comes to America as a child—and a former outlaw who is haunted by ghosts. He sees lost souls who want something from him, and he finds reprieve from their longing in an unexpected companion who inspires a momentous expedition across the West. The way in which Nora’s and Lurie’s stories intertwine is the surprise and suspense of this brilliant novel.

Téa Obreht is the author of The Tiger’s Wife, a finalist for the National Book Award and winner of the 2011 Orange Prize for Fiction. An international bestseller, it has sold over a million copies worldwide, with rights sold in 37 countries. Obreht was a National Book Foundation 5 Under 35 honoree and was named by The New Yorker as one of the twenty best American fiction writers under forty. She was the 2013 Rona Jaffe Foundation fellow at the Cullman Center for Scholars and Writers and was a recipient of the 2016 National Endowment for the Arts fellowship. She was born in Belgrade, in the former Yugoslavia, in 1985 and has lived in the United States since the age of twelve. She currently lives in New York City and teaches at Hunter College.

This free event will take place at Bookshop Santa Cruz. Chairs for open seating are usually set up about an hour before the event begins. If you have any ADA accommodation requests, please e-mail info@bookshopsantacruz.com by August 21st.