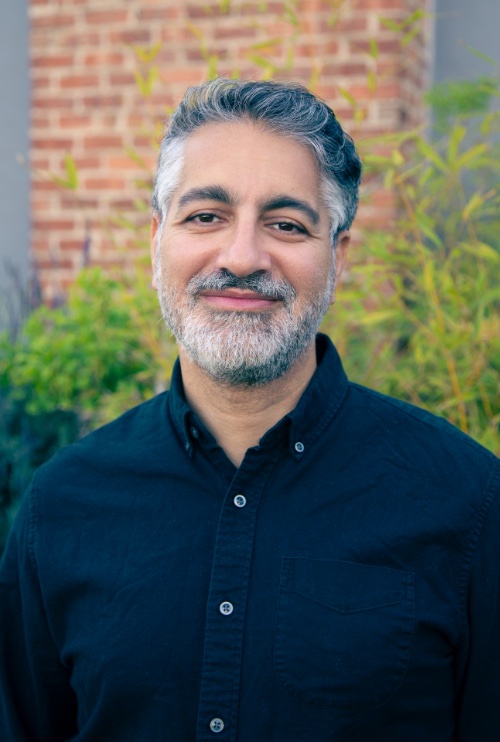 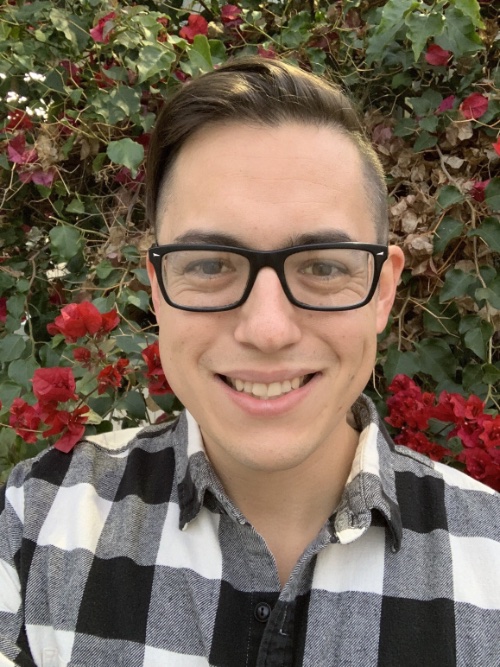 Christian David Alvarado, a Ph.D. student in the history of consciousness

Raed El Rafei (film and digital media) and Christian David Alvarado (history of consciousness) will receive a $35,000 stipend plus $3,000 for research and up to $5,000 for tuition and university fees.

El Rafaei is examining queer movies made by artists from Lebanon and the diaspora. He plans to show how queer Lebanese artists like himself have developed their own unique perspective that simultaneously adopts, contests and reimagines western references.

El Rafaei worked many years as a journalist, contributing to CNN, the Los Angeles Times, Al-Jazeera and more. He made the hybrid film (combining documentary and fiction) 74 (The Reconstitution of a Struggle) about the 1974 student occupation of the American University in Beiruit. He also made a film about transnational gay love story Here I am … Here you are, which was screen at the San Francisco Arab Film Festival.

Viewers can learn a lot about Lebanon society and politics from queer films, El Rafei said. Lebanon has always been regarded as a haven for freedom in the Arab region and is considered the most liberal Arab country. El Rafei believes queer films are trying to challenge the way the nation sees itself and present the country in a different light than that built around the heteronormative nuclear family.

“Nobody has written yet about the breadth of queer film in the region or specifically in Lebanon,” he said. After earning his Ph.D., El Rafaei hopes to find a job as a professor in the United States.

“There’s amazing work being done at this level,” he said. “The university as an institution in the U.S. is such an important source of knowledge in the world.”

Alvarado is investigating how what is most commonly called the Mau Mau Uprising, which ran through the 1950s in Kenya, fits in with the larger processes of decolonization in Africa. His research will show how the Mau Mau were viewed in other parts of Africa and the rest of the globe and how, along the way, the colonial British state suppressed the movement and indiscriminately detained hundreds of thousands of Africans.

Alvarado was originally planning to do a comparative study of educational systems in Africa during decolonization. But in his first research trip to Kenya, he realized that the history of Mau Mau was more multi-faceted and rich than he thought. He soon turned his attention to this movement and how they were viewed compared to other anti-colonial movements and different colonial powers.

Africa has been his area of interest for some time. “It has become a deep passion, something I’ve found really rich and fascinating,” Alvarado said.

His thesis to complete his master’s degree in history was a study of the politics of history at the University of Ibadan in Nigeria. He looked at how the discipline was interfacing with conceptions of gender and patriarchy during the transition into national independence.

As part of his doctoral studies, Alvarado has a designated emphasis in Critical Race and Ethnic Studies. It’s a new department at UC Santa Cruz and includes faculty from different disciplines, including the sciences and humanities. “It’s grown really, really rapidly because of all the interest around these frameworks and how important they are,” he said.

Alvarado said the dissertation completion fellowship will help him complete his work. “It’s very, very exciting,” he said. “It’s a lot to be grateful for.”