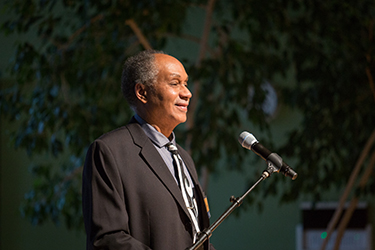 Tyler Stovall is Distinguished Professor of History and Dean of Humanities at UC Santa Cruz. On September 19 he will introduce Colson Whitehead at the Peace United Church in Santa Cruz, when Whitehead reads from his latest novel, The Nickel Boys. Ahead of the event, THI spoke with Stovall about welcoming Whitehead to Santa Cruz, black history, school segregation, and tracing “the afterlives of slavery” throughout Whitehead’s The Nickel Boys.

We’re thrilled you’re introducing Colson Whitehead at his upcoming THI-Bookshop Santa Cruz reading here in Santa Cruz—one of very few readings Whitehead is giving in Northern California. What are you most looking forward to about this event?

It is a wonderful privilege for UC Santa Cruz to welcome Colson Whitehead to our community.  As an historian, I’m particularly interested in hearing about why he as a novelist has written so extensively about black history, and what literature brings to our understanding of the historical record.

Whitehead’s new novel, The Nickel Boys, deals with a reform school in Florida in which violences were inflicted against the school’s charges. How does this novel speak to the present moment in U.S. criminal justice, and how does the novel speak to those of us working in education? 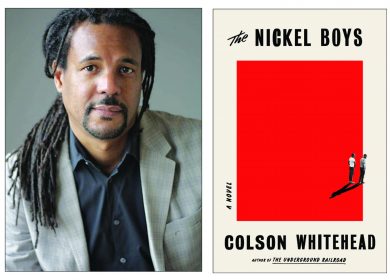 I would love to hear more about how Whitehead chose to portray the Nickel Academy not just as a prison but as a school, and in fact as a segregated school.  It is set in the context of the civil rights movement, which began in many ways with the fight for school integration.  Yet this is the part of the movement that failed most dramatically, since in 2019 America’s schools are as segregated as ever.  Notably, school integration was abandoned by white liberals like Joe Biden, who actively fought against integration in the 1970s and remains opposed to it to this day.  The Nickel Boys shows just how bad the consequences of that opposition could be.

Whitehead’s last novel, The Underground Railroad, sketched in vivid detail the plight of the enslaved trying to reach freedom in the U.S. during slavery. At the time of the 400-year anniversary of the first enslaved people brought to the U.S., how relevant is this earlier work of Whitehead’s, in your view?

Both The Underground Railroad and The Nickel Boys raise the all-important question, did slavery really end with the Emancipation Proclamation? One can trace what literary scholars have termed “the afterlives of slavery” throughout The Nickel Boys. As America marks the 400th anniversary of the arrival of the first slaves in America’s English colonies, and 400 years of African American history, Colson Whitehead’s work underscores the centrality of African slavery to the American experience, and calls upon us to consider and reconsider not just its beginnings but also its ends.

This event is co-sponsored by Bookshop Santa Cruz.