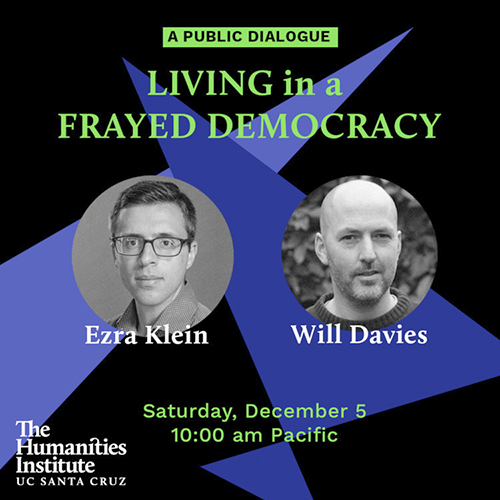 Democracy is in a fragile state these days.

How do we proceed in a country that is so politically and culturally divided during a time when the world’s oldest democracies are under threat?

They will discuss how and why we got to this difficult moment in history, the ways in which the U.S. and U.K. are facing similar predicaments, and where things might go from here.

Winner of the 2020 Webby and People’s Voice awards for best interview podcast, Klein is the editor-at-large and co-founder of Vox, the news organization launched in 2014 that now reaches more than 50 million people across its platforms each month.

Before that, he was a columnist and editor at the Washington Post, a policy analyst at MSNBC, and a contributor to Bloomberg. He’s also written for the New Yorker and the New York Review of Books, and appeared on a variety of programs including Face the Nation, the Daily Show, Real Time with Bill Maher, PBS NewsHour, The Colbert Report, and The McLaughlin Group.

Klein is additionally the author of the 2020 best-selling book, Why We’re Polarized, in which he details the structural and psychological forces behind America’s fall into division and dysfunction.

Klein argues that America’s political system isn’t broken, but that the truth is much scarier, because the system is working exactly the way it was designed.

As he notes in the book, “The American political system—which includes everyone from voters to journalists to the president—is full of rational actors making rational decisions given the incentives they face. We are a collection of functional parts whose efforts combine into a dysfunctional whole.”

William Davies is a political economist at Goldsmiths, University of London, where he is also co-director of the Political Economy Research Centre. 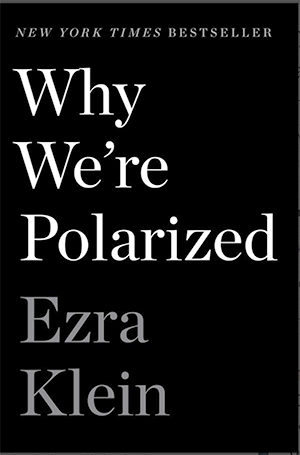 His work focuses on the history of ideas and how expert knowledge shapes politics and society today, with a particular interest in the science of happiness, distrust in experts, and the present crisis of liberalism.

A regular contributor to the London Review of Books and The Guardian, Davies has also written for The New York Times, New Republic and The Atlantic.

He is the author of several books, including This Is Not Normal: The Collapse of Liberal Britain; Nervous States: How Feeling Took Over the World; and The Happiness Industry: How the Government & Big Business Sold Us Wellbeing, as well as editor of Economic Science Fictions.