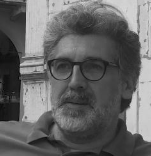 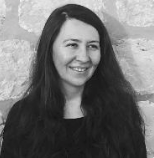 Banu Bargu and Massimiliano Tomba are faculty in the History of Consciousness program at UC Santa Cruz. Together, Bargu and Tomba direct a THI-sponsored research cluster titled After Neoliberalism, and lead a UCHRI Multicampus Working Group on Sanctuary Practices.

In this interview, The Humanities Institute speaks with Bargu and Tomba about the role of the Humanities in understanding neoliberalism’s future, the contemporary rise of populism, new social movements, and the political possibilities the future holds.

We also discuss their upcoming events: a Subjectivity and Sanctuary Practices Workshop on October 26, and Michel Feher: “Creditworthiness — The Political Stake of a Speculative Age” on October 31.

How would you describe to someone who’d never heard of neoliberalism its importance to the Humanities, and Humanities research?

We think that one of the main tasks of the Humanities today is to understand our present in order to be able to re-imagine it. It is particularly important for scholarship in the Humanities, Social Sciences, and the Arts to attend to the present in ways that are theoretically and methodologically innovative and facing the challenge of updating its conceptual tools. Insofar as neoliberalism has come to define the present, it should be on the forefront of a critical research agenda informing our attempts to envision different futures.

We understand neoliberalism to indicate a conjuncture, a coalescence of large-scale transformations in the political, economic, social, and cultural spheres that permeate every facet of life. Neoliberalism has generally entailed an aggressive agenda of the globalization of the market, heavy financialization, the privatization of public enterprises, IMF and World Bank-led structural adjustment programs, the curtailment of the welfare state, the rise of global inequalities, the dismantling of organized labor opposition, the erosion of public institutions, including those of higher education, and, finally, the constitution of forms of highly competitive, self-interested, entrepreneurial subjectivities that Michel Foucault, building on Chicago school economists, has aptly labeled “human capital.” This conjuncture, though experienced highly unevenly around the world, has come about as a result of concerted economic, social, and ideological efforts to disseminate and implement neoliberalism by state and nongovernmental actors. As a result, we have been living under the hegemony of what Foucault calls a “governmental rationality,” modeled after the logic of the market, and its values and practices have led, as Wendy Brown has insightfully argued, to the hollowing of democracies from within.

Have we reached a moment that is post-neoliberal? Do populist movements like the one that brought Trump to power, and the turn toward greater economic protectionism, signal a movement away from neoliberalism? What insights has your research cluster gained in this regard?

Our aim in convening this research cluster is to raise the question of whether we should continue our use of neoliberalism as an umbrella concept to diagnose the present.

Given new developments that are replete with novel qualities and which tend to go against the grain of the general logic of neoliberalism, it is unclear whether our current moment should be understood simply as a new phase within a broadly neoliberal era that continues to reign with its ebbs and flows and uneven instantiations around the world. Take, for example, the rise of populism. Is this simply an illiberal version of neoliberalism or is it a manifestation of popular dissatisfaction with how neoliberalism has distanciated the mechanisms of decision-making from the people and undermined popular authority in ostensibly democratic polities? There are other tendencies that can also be interpreted in opposing ways such that they can be read either as an intensification or as the coming to an end of the neoliberal period. We are also cognizant of how neoliberalism has become a tired and overinflated adjective easily thrown around to describe, diagnose, and criticize many contradictory facets of the present.

So in this cluster we want to ask: What are the criteria with which neoliberalism can still be fruitfully employed? What are the tendencies that counteract the neoliberal diagnosis and that may force us to adopt new concepts? How might a critical political lexicon of the future, one in which neoliberalism is being replaced with a new hegemonic value and practice system, look like? And, most importantly, can we envision coherent, progressive, alternative visions of what might come after neoliberalism?

With these questions in mind, where do you intend to take your research?

We are interested to direct our conversations and research efforts to eventually build a real intellectual task force that can address the future, i.e., what society could look like after the tide of neoliberalism has fully receded. We are not interested in a nostalgic perspective that critiques neoliberalism from the perspective of a better past that is lost. Instead, we are particularly keen to decipher already existing tendencies that indicate a field of political possibilities that might come to hold, especially through the unintended effects of neoliberalism. Exploring how new social movements are emerging and organizing precisely in those gray zones where the state has withdrawn from society and are experimenting with new political forms, we are interested in theorizing what these experiments may already contain in the way of alternative visions for the future.

You have arranged to bring Michel Feher, philosopher, author, and Zone Books publisher, to UC Santa Cruz at the end of this month to discuss his latest book, Rated Agency: Investee Politics in a Speculative Age. You’ve also organized a workshop on Sanctuary and Subjectivity Practices, to take place at UC Santa Cruz on October 26, in conjunction with your Sanctuary Practices Working Group. The keynote by Anne McNevin deals with time, sanctuary, and decoloniality; other panels deal with migration, borders, and refugees.

How do you see your Sanctuary Practices work tying in with After Neoliberalism, and the themes we’ve just discussed?

We are very excited to be hosting both Anne McNevin and Michel Feher on campus in the next couple of weeks. Both scholars work at the intersection of our concerns.

With Anne McNevin’s work, we will have the opportunity to inquire into the specific migration regime that has emerged under neoliberalism, its colonial, racial, and geopolitical entanglements, as well as its implications for resistance. With Michel Feher, we will be able to think together about neoliberal financialization and its impact on politics and agency. We see our THI research cluster on After Neoliberalism and our UCHRI Working Group on Sanctuary Practices as closely connected.

Both reflect our interest in analyzing the present to excavate alternatives that are already emerging and to think through their implications for political agency. We are interested in conceptualizing the sanctuary not only as a practice of resistance that has emerged in response to neoliberalism but also as already outlining a prefigurative politics. Through these concerns and activities, we are hoping to establish new collaborations with many faculty from different disciplinary backgrounds at UC Santa Cruz. We ask that you stay tuned for the future events that we are planning for the upcoming year.