Next Week’s Event, “My Own Words: The Law and Legacy of RBG,” in the News

“My Own Words: The Law and Legacy of RBG” (Wednesday, May 22, 7pm, at the DNA Comedy Lab in Santa Cruz, free) attracted media attention this week. 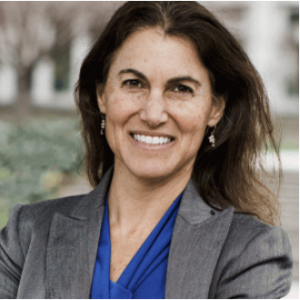 For UCSC News, Scott Rappaport spoke in-depth with Bettina Aptheker about the current political climate, including the recent passing of legislation banning abortion in Georgia and Alabama. ““The appointment of Gorsuch and Kavanaugh to the U.S. Supreme Court by President Trump, with the very close votes in the U.S. Senate confirmation hearings, cemented what is intended to be a conservative majority on the court,” said Aptheker. “Likewise, and just as serious, is the over 100 appointments rammed through the Republican-controlled Senate since Trump came into office of very conservative justices on the federal courts–nearly 100% of whom are white, and almost all men, and were appointed on advice from the Federalist Society for Law and Public Policy, which has, as its expressed purpose, a conservative and libertarian corrective to what it perceives as liberal control of the courts.”

“It is hard to predict how the Supreme Court may rule since it is widely speculated that Chief Justice Roberts may be a swing vote in certain cases, but for the time being the Court is pretty much split 5-4 as regards voting rights, reproductive rights, LBGT rights, and a host of other related kinds of issues.””

Rappaport noted that in Aptheker’s view “Ginsburg developed brilliant legal strategies in the early 1970s when she was head of the ACLU Women’s Commission, working to advance women’s equality before the law by using the equal protection clause of the 14th amendment to prohibit sex discrimination.” (Read the full article by Rappaport here.) 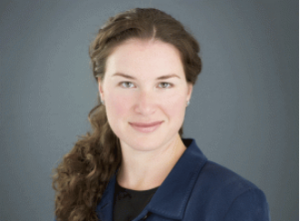 In Good Times, Johnson writes: “But when it comes to Justice Ginsburg, it turns out that everyone has a different story to tell. In connection with [Ginsburg’s] latest book and the Cabrillo Festival of Contemporary Music’s upcoming concert When There are Nine, inspired by the life of Justice Ginsburg, Bookshop Santa Cruz, the UC Santa Cruz Humanities Institute and Cabrillo Festival will present “My Own Words: The Law and Legacy of RBG,” a discussion about Ginsburg, her achievements and how gender influences legal discourse today.” Read the article here. 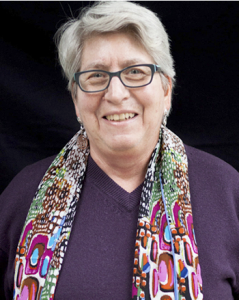 “Search “Bettina Aptheker” online and the official title bestowed by Google is “American Activist.” Rest assured, she holds many more titles than that. Aptheker is a professor, author, activist and feminist. She taught one of the country’s largest and most influential introductory feminist studies courses for nearly three decades at UCSC, and also holds the Jack and Peggy Baskin Foundation Presidential Chair for Feminist Studies.

What’s your relationship to Justice Ginsburg? When was it that you first heard about her?

I do not know Justice Ginsburg personally. However, we both grew up in Brooklyn. She is about 10 years older than I am, and we had very similar experiences in elementary school and our early lives. I was at UC Berkeley, so I wasn’t in law school, but in terms of the sexism we encountered, she describes that beautifully in her book. I was aware of her early on because I had been following her court cases about sex discrimination while I was teaching. I needed to know the cases when I started teaching as San Jose State, I think in ’76. She’s the chief architect of the legal struggle for women’s equality in the law. She did a brilliant job.

It’s interesting that you’ve known who she is for decades, especially since she’s only really garnered the recognition she deserved in the last 10 years or so.

That’s right, yes, it’s been really amazing. I think she captured the imagination of many young people because of the speaking that she does. She’s out and about—and has been for years—talking to college audiences, especially women. She’s a delightful person, you can see that. She’s a workaholic, and brilliant and delightfully funny. She’s captured the imagination of young women. They started to promote her as an iconic figure, and she certainly didn’t try to stop it.

Something that struck me when I was researching Justice Ginsburg is her relationship with the late Justice Scalia. Especially now, in a time of intense tribalism, do you think people have something to learn from their relationship?

I think people do have something to learn. They were two people who formed a friendship based on a love for opera, I believe. They formed a friendship that crossed the divide of their ideological and legal differences, which are very profound. It wasn’t just that Justice Scalia is conservative, he’s an originalist, meaning just trying to read the Constitution as it was originally written. She’s someone who says the Constitution is alive and breathing and growing. So they have this huge difference, but they helped each other also. They would call each other to send their opinions to each other when they wrote them. They strengthened each other, and that’s a marvelous example of humanity. Especially in this period now—where, in my view, Trump is so dug in, and it’s all about loyalty to him, and God help you if you cross him.

What do you hope people will take away from this event?

We are getting the sense that it’ll be standing-room only. I’m happy for whoever comes and am hoping we have a good turnout from the campus. I hope people get a sense of awareness for the Cabrillo Festival and her book, but also hope that people will learn a lot about how we can use the law to create change and how important the issue of liberation of women is for society. That has great currency now with the debate about reproductive freedom, for example, and in addition there are interrelated issues of race and democracy more broadly. We will be talking about those issues that she worked on, in particular the Voting Rights Act.

Historically speaking, the majority of laws have been created and interpreted by white men. Do you think jurisprudence and the law are more accessible to people of color and women than they have been in the past?

I think what we have done over the years is expand what the law stands for. A very good example of that is I was very intimately involved in the Angela Davis trial back in the late ’60s and early ’70s, and we used the law. That’s the tool we had. We used it to guarantee as much of a fair trial as we possibly could. From my point of view, the law is an important avenue of struggle for social justice working in tandem with mass movements in the streets.”