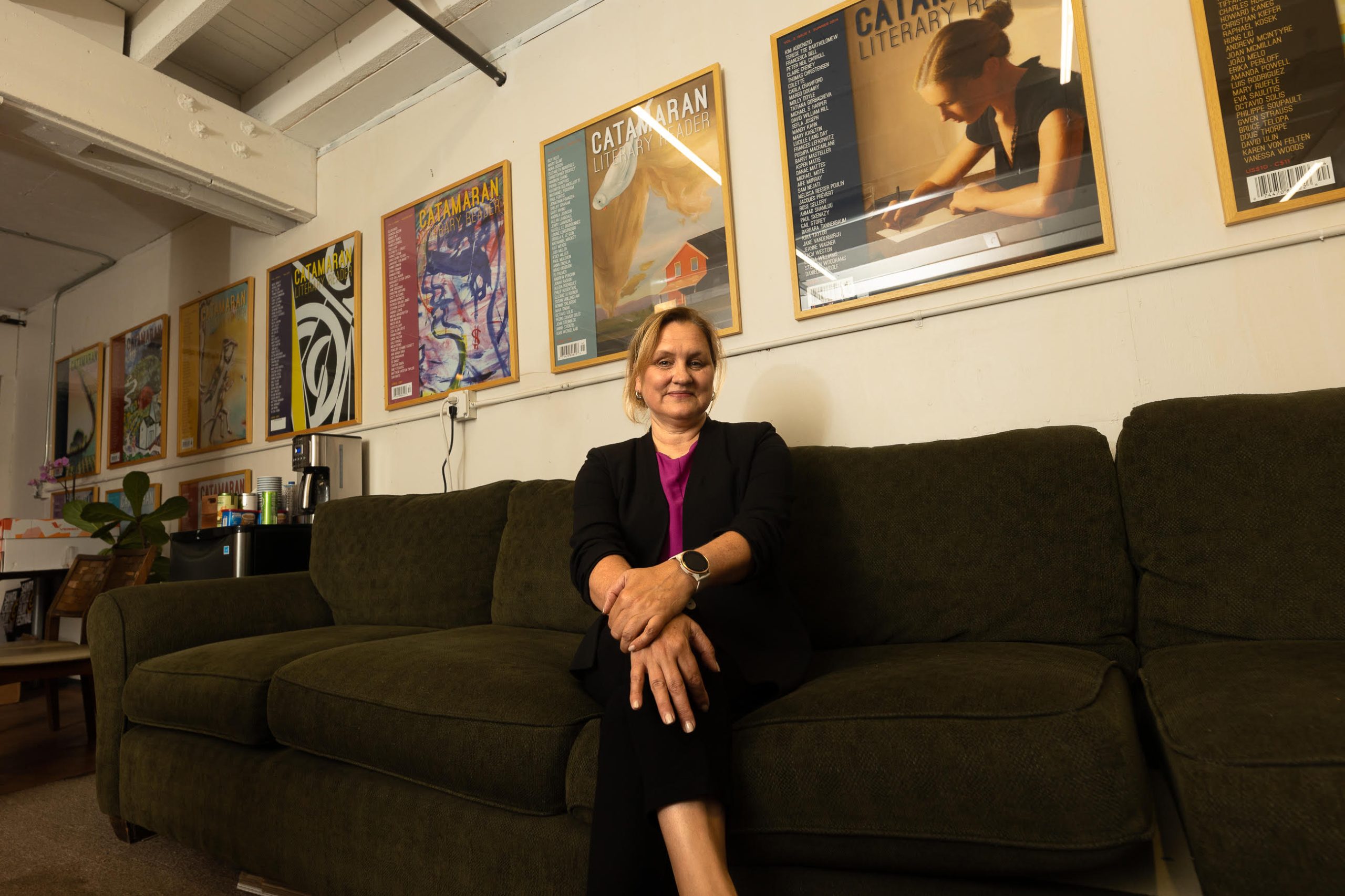 The Humanities Institute is thrilled to congratulate our partner, Catamaran Literary Reader, as they celebrate their 10 Year Anniversary. THI and Catamaran have cultivated a special relationship over the last few years. THI has supported two graduate students through the Public Fellows Program to gain literary publishing experience at Catamaran: Kirstin Wagner, PhD candidate in Literature, worked with Catamaran as the Writing Conference Manager and Quarterly Reading Series emcee in 2017-2018, and Matthew Simmons, PhD student in Literature, worked with Catamaran to host their Zoom Writing Conference in 2020. Catamaran Chief Editor Catherine Segurson and THI Managing Director Irena Polić also serve as Board Members for the Annual Morton Marcus Poetry Reading, a series in its 13th year that honors the legacy of Santa Cruz literary giant Morton Marcus. Segurson has also taken over the management of phren-Z, and the National Morton Marcus Poetry Contest founded by Jory Post. The winner of the contest is announced every year at the Morton Marcus Poetry Reading, presented by THI.

On Thursday, October 20th, Catamaran will host a benefit at the Museum of Art and History to celebrate their 10 Year Anniversary. The event includes a literary portion of the program where established authors and poets will be introducing debut authors and poets from the magazine whose publication in Catamaran had a special impact on their writing life. Organizers will also show a short video of Catamaran’s highlights over the years. There will be a silent auction, and time to mingle with other writers, poets, and artists. You can get your tickets here. 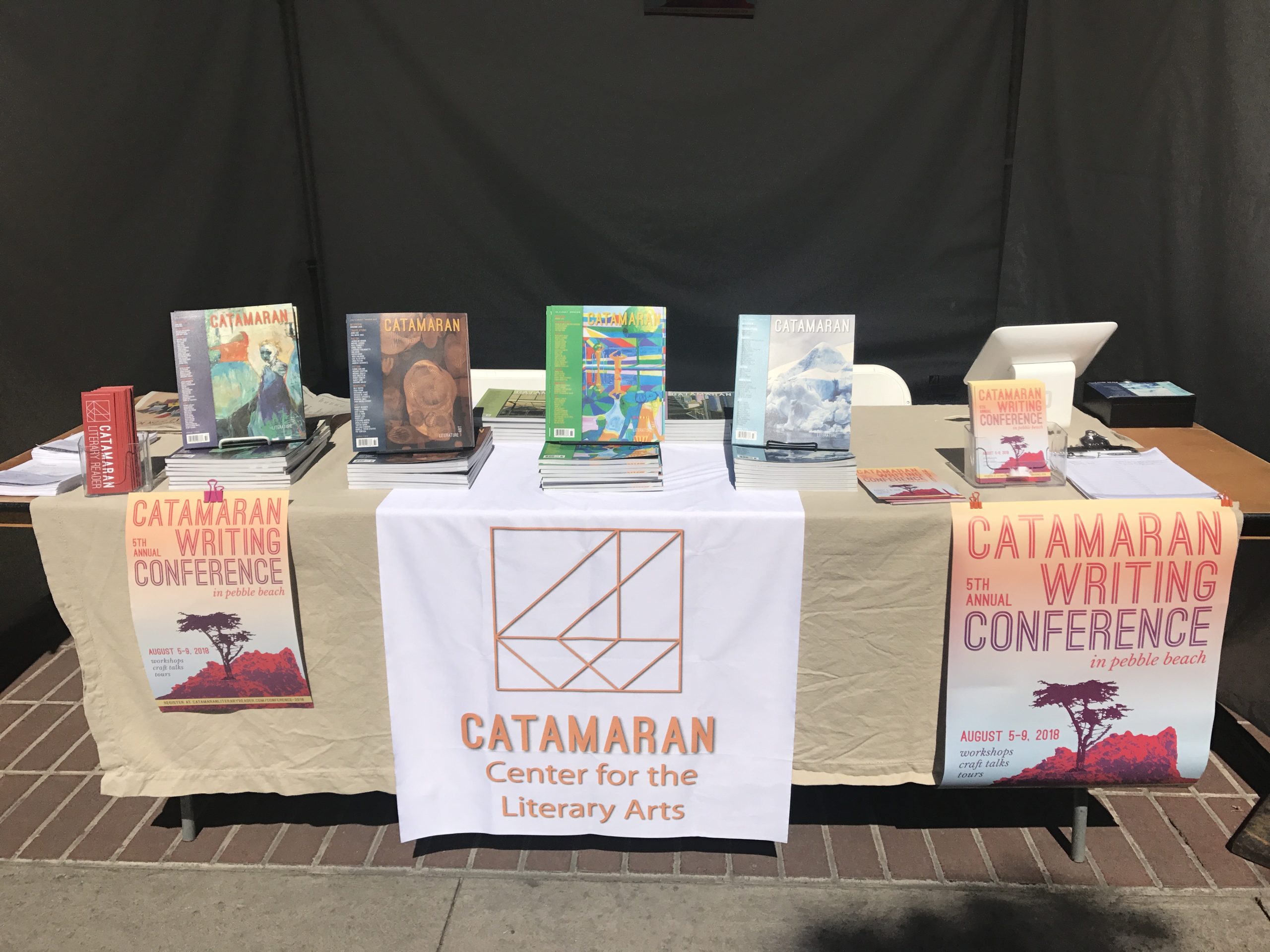 Over the last decade, Catamaran has emerged as a literary stronghold in the Santa Cruz community. Back in the summer of 2011, Catherine Segurson, who had worked in various aspects of the arts scene, was invited to go on a tour of the Tannery Arts Center studios as a prospect for working in a studio there. When asked what she might do with the space if it was offered to her, she told the Artspace director that she might start a literary magazine there, and was told that “we’d love that!”. She worked with a group of dedicated individuals to form Catamaran Literary Reader, and the first issue of Catamaran arrived from the printers on October 17th, 2012. The first of many quarterly launch events took place in the fall of 2012 at the Tannery Arts Center in what is now the dance center.

The vision for the literary journal Catamaran Literary Reader was to provide a quality literary magazine as a channel for poets, writers, and artists to publish and preserve in an enduring format; to preserve the voice of creative writing and art around contemporary themes; to publish a mix of debut and well-known writers and poets; and to cultivate emerging talent that is readily accessible to a diverse readership. Since the beginning, Catamaran has sought contributions from a variety of cultural voices including writing originating in other languages, translated to English.

Since 2012, Catamaran has partnered with UCSC to foster careers for young writers through an internship program. As Segurson explains, “It has been important to share our evolution with students and to give them an insight into the world of literary publishing. Students have been able to experience a variety of programs, from reviewing submissions, to participating in our launch events, conferences, art exhibitions, and the day-to-day work flow, and we hope that they have learned from being a part of the various aspects of our small organization.” 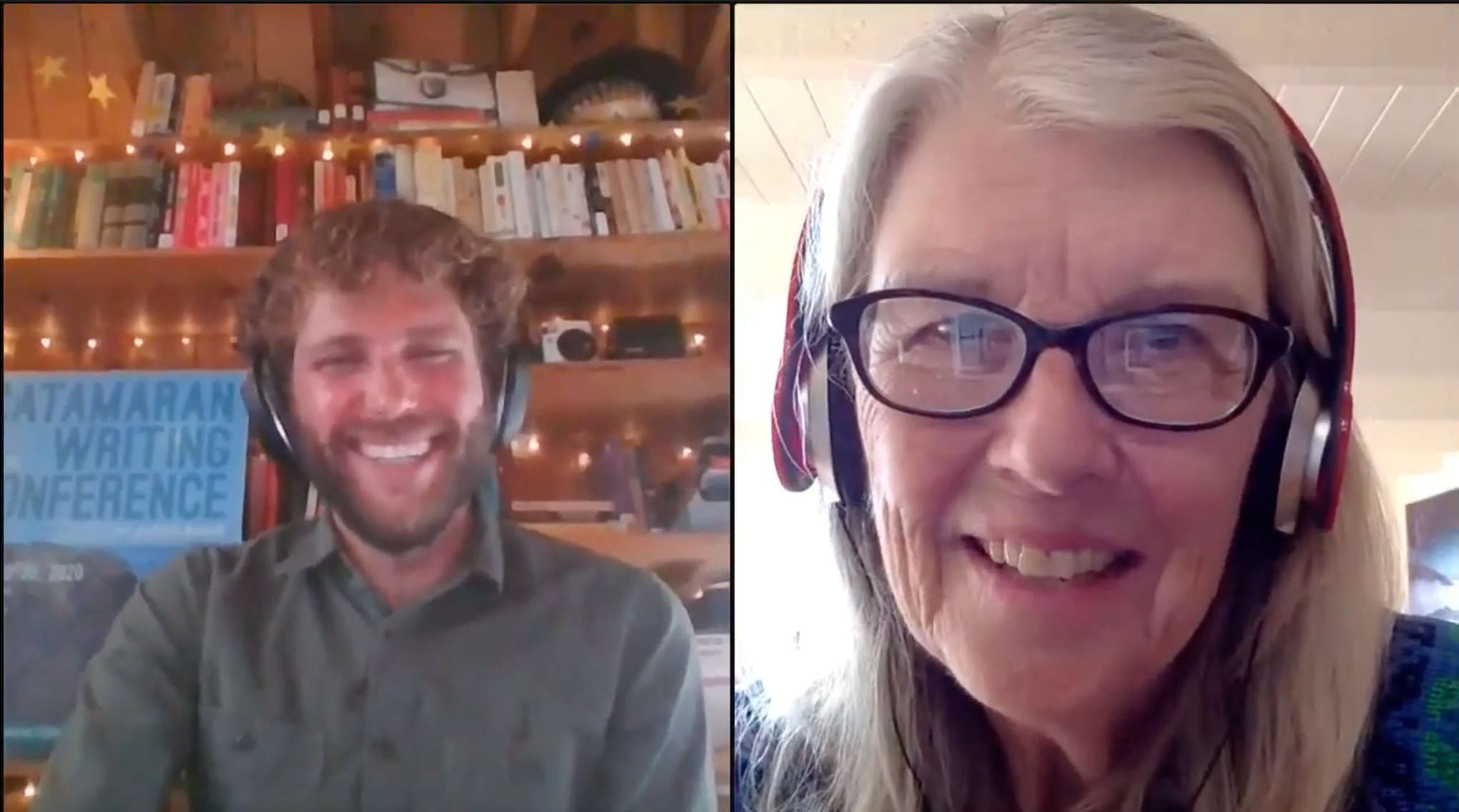 Simmons and Wagner shared that their experiences as THI Public Fellows at Catamaran helped foster a sense of belonging to the local literary community beyond the university—connecting their academic studies to a broader arts scene. As Simmons explains, his Public Fellowship “really connected me with the community here. You are able to see clearly the network of people already at work doing what you want to be doing. We have a lot of great authors in Santa Cruz, and the Bay more generally, and getting to meet and talk with some of them was incredible.” Wagner added, “hosting the quarterly magazine launch readings allowed me to see how Catamaran has become a literary home to dozens of local artists whose networks are forged and maintained through these sorts of ongoing literary events that Catamaran offers to our community.” Simmons hopes to work in publishing in the future, and his THI Public Fellowship allowed him to see that potential more clearly: “the work with Catamaran really connected with the type of publishing work I see myself doing more long-term… I love seeing great writing, getting lost in worlds, and nurturing people creating that work so it was a great opportunity to do that for a national publication.”

Since its founding, Catamaran has expanded its reach through the establishment of the annual Catamaran Writing Conference, which offers readings and workshops in poetry, fiction, and creative nonfiction; the conference is entering its 10th year. Catamaran also hosts a First Friday Lit Chat series with contributors who had a new book published, and ongoing educational workshop series at the Tannery Arts Center, which have been going for 8 years.

Throughout the years, Catamaran has preserved a sense of its origins along the Central Coast, publishing ocean related content and including environmentally conscious themes related to science and nature to celebrate our beaches, parks, agricultural areas, and natural resources through creative works. Wagner’s exposure to the environmentally-conscious publishing approach at Catamaran encouraged one of her graduate school projects: a hybrid poetry/collage series based around the Santa Cruz beaches. Segurson aspires to continue mentoring UCSC students through the Public Fellows program to connect them to the “many Catamaran writers and poets who find the social fabric of Santa Cruz inspiring for their writing life.”

Catamaran has a bright future in this community and Segurson hopes to “find Catamaran sightings in more places, in more people’s hands, in more galleries and museums and university libraries, and in the homes of readers like you, displayed on your coffee tables, stacked on your nightstands, and saved in your bookcases for future readers and generations to come.”

To learn more about Catamaran’s magazine, writing conference, prizes, and other events, visit their website.