The Humanities Institute is proud to present the inaugural event for the Center for the Middle East and North Africa: Questions that Matter—Reporting the Middle East, on February 4 at the Kuumbwa Jazz Center in Santa Cruz. 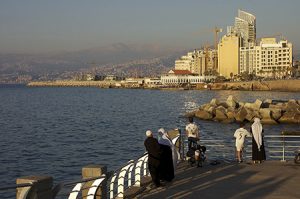 UC Santa Cruz has established a new Center for the Middle East and North Africa (MENA) that will focus on the culture, history, and politics of the region.

The center is designed to be an interdisciplinary hub for faculty, students, and the wider community to research and study an array of subjects that span thousands of years and are of critical importance today, such as current migration policies.

It will bring scholars, artists, and policymakers from around the globe for seminars and conferences, and produce a variety of different events for public engagement.

The Center for the Middle East and North Africa will be directed by UC Santa Cruz associate professor of history Jennifer Derr—who this past summer received a prestigious $480,780 National Science Foundation Faculty Early Career Award. Titled “The History of Science at the Interface of Biomedical and Environmental Concerns,” the five-year NSF grant will fund Derr’s research for two book projects, as well as supplemental funding for graduate training in the history department, plus workshops to be hosted by the campus.

“UCSC has exceptional faculty strength in the study of North Africa, a field which bridges Africa, Europe, and the Middle East,” noted Tyler Stovall, dean of humanities at UC Santa Cruz. “In this field we are one of the strongest universities in America, and the new center will further highlight our prominence in this area.”

The establishment of a Center for the Middle East and North Africa represents the culmination of work by faculty in the Humanities, Social Sciences, and Arts Divisions. In 2014, faculty in these divisions began to organize in response to student demand to discuss the possibility of hiring an Arabic language instructor at the university.

In addition to the support of faculty in various divisions, this campaign had the full support of the Jewish Studies Program. 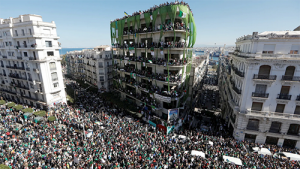 “Since the ancient past, Jews have lived across the MENA region, from Morocco to Iran and everywhere in between,” she added. “Jewish Studies and MENA Studies are inherently complementary. Working in tandem with the UCSC Center for Jewish Studies, the new MENA Center enriches the unique programmatic offerings at UCSC that connect across Jewish and MENA studies.”

UCSC’s Humanities Division recently received a $370,000 gift from Marieke and Jeff Rothschild to fund building-block resources for three years of language instruction on campus in Arabic and Persian, as well as seed money to begin developing the center. They had previously created an endowment to support the Miriam Ellis International Playhouse at UC Santa Cruz. 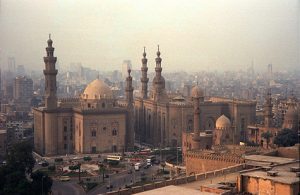 These new language courses offer undergraduates the opportunity to learn a valuable skill set while taking classes that have Arabic components in history, literature, politics, film, and linguistics. In addition to giving them a well-rounded education, this will also provide students with critical language skills that will better position them for future success in graduate school, study abroad opportunities, and careers in international relations and global business.

“Providing the opportunity to UCSC students to understand another culture through its language, history, political and economic systems, and arts is so important, especially for the Middle East and Northern Africa, as it enables an understanding of societies different from the U.S. and creates a global view for students,” said Marieke Rothschild (Cowell B.A. Language Studies, ’93).  “UCSC has such broad resources in this field; it is a tremendous opportunity to create a center that can work for the good of the world and I am proud to be a part of this.”

Derr noted that students will be a primary constituency of the center and that every effort will be made to include undergraduate and graduate student populations in the events that the center sponsors. 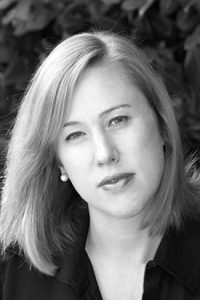 “I plan to organize events in which students, faculty, staff, and community members feel themselves part of a community who are interested in the region.” she added. “Study abroad trips to the region will be one opportunity for students to learn. Film and digital media professor Peter Limbrick is organizing and leading the first of these trips to Morocco in the summer of 2020.”

The inaugural event for the center is scheduled for February 4 at the Kuumbwa Jazz Center as part of the The Humanities Institute’s “Questions that Matter” series. The event will feature Derr in conversation with two NPR journalists–Hannah Allam and Leila Fadel–who have worked extensively in the Middle East, including in Iraq in the aftermath of the U.S. invasion, and are currently reporting on questions of culture, race, and diversity in the United States.

“We are so excited to play a role in the founding of this new center under the capable leadership of Jennifer Derr,” noted history professor Nathaniel Deutsch, director of UCSC’s Humanities Institute. “After years of work by so many people, we finally have a center at UC Santa Cruz that will study this tremendously important part of the world.”

This article was originally published in UCSC News.