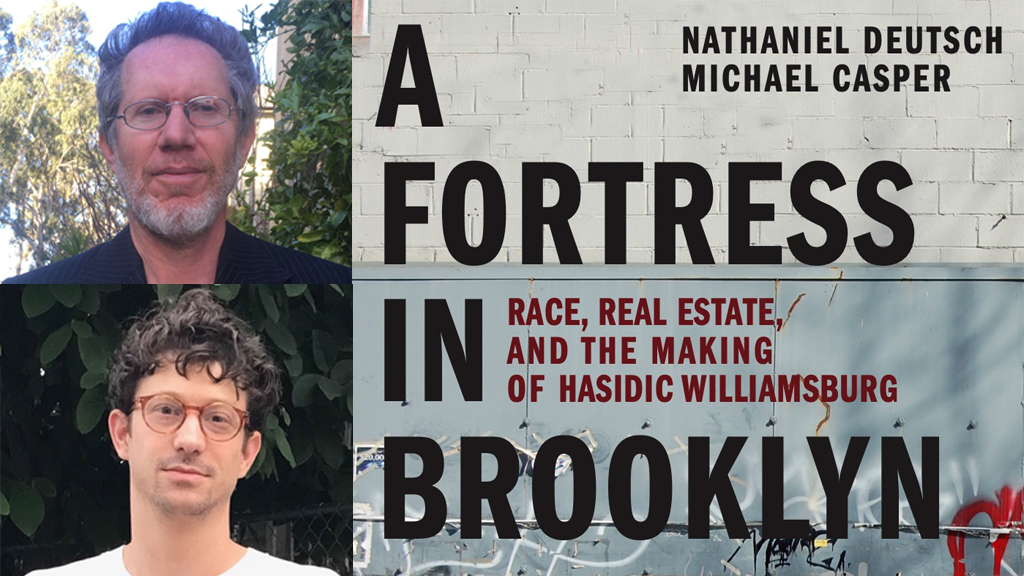 A Fortress in Brooklyn, Michael Casper and Nathaniel Deutsch

Join authors Michael Casper and Nathaniel Deutsch in conversation with Lila Corwin Berman about Casper and Deutsch’s new book A Fortress in Brooklyn.

The Hasidic community in Williamsburg, Brooklyn is famously one of the most separatist, intensely religious, and politically savvy groups in the entire United States. A Fortress in Brooklyn tells the remarkable story of how the community survived in one of the toughest parts of New York City during an era of steep decline, only to later resist and also participate in the unprecedented gentrification of the neighborhood. Nathaniel Deutsch and Michael Casper unravel the fascinating history of how a group of determined Holocaust survivors encountered, shaped, and sometimes fiercely opposed the urban processes that transformed their gritty neighborhood, from white flight and the construction of public housing to rising crime, divestment of city services, and, ultimately, extreme gentrification. By showing how Williamsburg’s Hasidim rejected assimilation while still undergoing distinctive forms of Americanization and racialization, A Fortress in Brooklyn presents both a provocative counter-history of American Jewry and a novel look at how race, real estate, and religion intersected in the creation of a quintessential, and yet deeply misunderstood, New York neighborhood.

Michael Casper received his Ph.D. in history from UCLA and has contributed to American Jewish History and the New York Review of Books.

Nathaniel Deutsch is a professor of history at the University of California, Santa Cruz, where he holds the Murray Baumgarten Endowed Chair in Jewish Studies and is the Faculty Director of The Humanities Institute and the Director of the Center for Jewish Studies. Among his other books are Inventing America’s “Worst” Family: Eugenics, Islam, and the Fall and Rise of the Tribe of Ishmael and The Jewish Dark Continent: Life and Death in the Russian Pale of Settlement, for which he received a Guggenheim Fellowship. 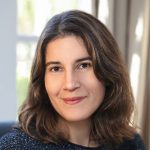 Lila Corwin Berman is Professor of History at Temple University, where she holds the Murray Friedman Chair of American Jewish History and directs the Feinstein Center for American Jewish History. She is author of The American Jewish Philanthropic Complex: The History of a Multibillion-Dollar Institution, as well as Metropolitan Jews: Politics, Race, and Religion in Postwar Detroit, and Speaking of Jews: Rabbis, Intellectuals, and the Creation of an American Public Identity. Her articles have appeared in the Washington Post, the Forward, as well as several scholarly journals.