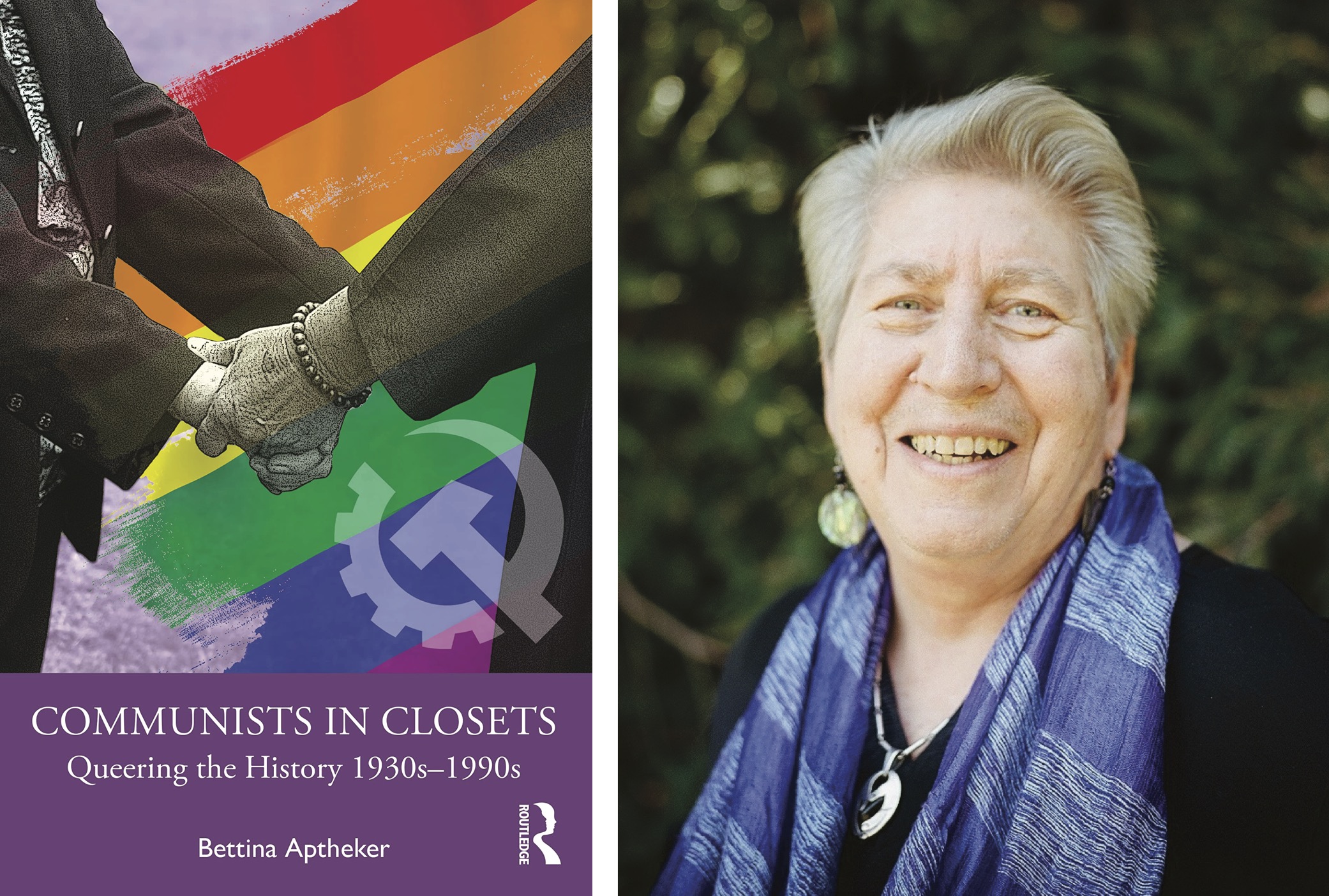 The Humanities Institute and Bookshop Santa Cruz welcome Bettina Aptheker, UC Santa Cruz Distinguished Professor Emerita, for a discussion about her new book, Communists in Closets: Queering the History 1930s-1990s, which explores the history of gay, lesbian, and non-heterosexual people in the Communist Party in the United States.

Free and open to the public. Registration required.

The Communist Party banned LGBT people from membership beginning in 1938 when it cast them off as degenerates. It persisted in this policy until 1991 when the Party split apart in the wake of the collapse of the Soviet Union and the socialist countries of Eastern Europe. During this 60- year ban, gays and lesbians who did join the Communist Party were deeply closeted within it, as well as in their public lives as both queer and Communist. By the late 1930s the Communist Party had a membership approaching 100,000 and tens of thousands of more people moved in its orbit through the Popular Front against fascism, anti-racist organizing, especially in the south, and its widely read cultural magazine, The New Masses. Based on a decade of archival research, correspondence, and interviews, Bettina Aptheker explores this history, also pulling from her own experience as a closeted lesbian in the Communist Party in the 1960s and 70s. Ironically, and in spite of this homophobia individual Communists laid some of the political and theoretical foundations for lesbian and gay liberation, and contributed significantly to peace, social justice, civil rights, Black and Latinx liberation movements.

This book will be of interest to students, scholars, and general readers in political history, gender studies and the history of sexuality.

Bettina Aptheker is Distinguished Professor Emerita, Feminist Studies Department, University of California, Santa Cruz, USA. She is the author of: Intimate Politics: How I Grew Up Red, Fought for Free Speech and Became A Feminist Rebel (2006); and The Morning Breaks: The Trial of Angela Davis (1976; second edition 1999).

Event logistics: Bicycling, car pooling, ridesharing, and public transportation are encouraged as parking is limited. If you drive to the event, please plan to park in UCSC Lot #115 or 116. To reach these lots, proceed through the main entrance to campus, continue up the hill from the information kiosk on Coolidge, then turn right at the Ranch View/Carriage House Road stoplight into the Carriage House/Campus Facilities parking lot. The Hay Barn is a 5-minute walk across the street from the parking lot. There will be directional signage to help you get to the correct parking lot and farm entrances. Overflow parking will be available at lot 122. Download a parking map here.