From at least 200 BC to the 16th century CE, the Eurasian Silk Road formed the most extensive network of trade and commerce the world had ever seen. Its pathways linked populations from Beijing to Jerusalem in one of the first global networks. Much of what we know about the Silk Road is defined by archaeology from lowland oases, but mountainous regions occupied by nomads offer new insights. The newly discovered city of Tashbulak, unearthed in 2011 in the highlands of Uzbekistan, is one of the most recent and exciting discoveries along the Medieval Silk Road. Tashbulak pushes us to question our common understanding of the role of nomads in shaping the history and technology of medieval empires across Central Asia and sparks many questions about political, religious and economic change in the 11th century CE.

Dr. Michael Frachetti is Associate Professor of Anthropology at Washington University in St. Louis. His work addresses the ancient nomadic societies of Central and Eastern Eurasia and how these shaped inter-regional networks from as early as 2000 BCE (the Mid-Bronze Age) down to the time of the later Silk Roads. He is the author of Pastoralist Landscapes and Social Interaction in Bronze Age Eurasia (UCPress, 2008). He currently conducts archaeological field research in Eastern Kazakhstan and Uzbekistan. 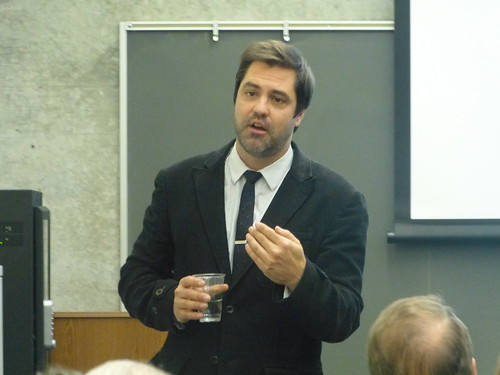