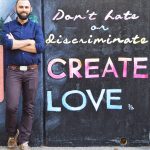 “Sexual and Gender Diversity in the Era of Radical Authenticity”

The twenty-first century is a time of heightened recognition of diversity in gender, sexuality, and relationships—an era of “radical authenticity” in which individuals are increasingly able to align their internal sense of identity with its external presentation. Cultural attitudes and social policies in the United States and elsewhere have increasingly come to legitimize diversity in gender and sexual identity, with legal recognition of same-sex relationships and heightened visibility of the transgender experience. This presentation reports preliminary findings from a mixed-methods study of adolescents residing in distinct regions of California known for their historic support or hostility toward gender and sexual diversity. Mobilizing multiple sources of data (e.g., ethnographic, interview, survey), three larger stories are emerging that center on (a) the new vocabulary related to gender and sexual identity, revealed in adolescents’ appropriation of new identity labels that challenge binary conceptions; (b) the endurance of stigma in spite of social change and the resources associated with supportive community settings; and (c) the expansion of the meaning of community for contemporary adolescents, facilitated by social media. These findings challenge traditional scientific paradigms—historically rooted in static, binary notions of gender and sexual identity—and call for new understandings of identity, community, and stigma.

Followed by a reception at the Stevenson Provost House

This year’s Distinguished Faculty Lecture is cosponsored with The Humanities Institute, Oaks College, and the UCSC Psychology Department.