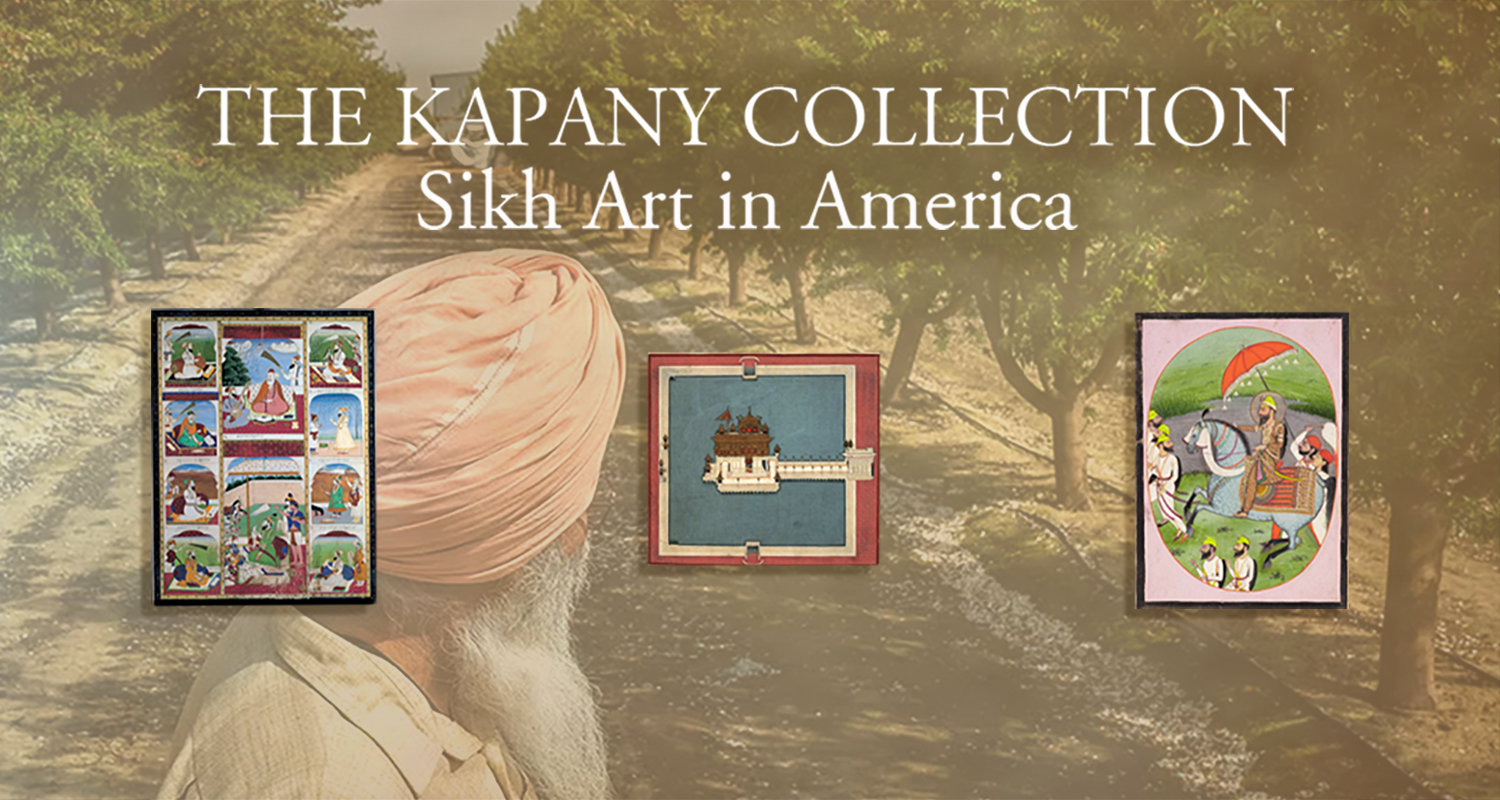 The Kapany Collection–Sikh Art in America

The Eloise Pickard Smith Gallery brings you a remarkable collection of Sikh art from Narinder S. and Satinder K. Kapany. Narinder S. Kapany established an endowed chair in entrepreneurship, the Narinder Kapany Professorship in Entrepreneurship, based initially at UCSC’s Baskin School of Engineering in support of the school’s leadership in the establishment of a comprehensive entrepreneurship program for the campus. This was the second endowed chair funded by Kapany, who was a Regents Professor at UC Santa Cruz from 1977 to 1983 as well as a UC Santa Cruz Foundation Trustee. In 1999, he endowed the Narinder Singh Kapany Chair in Optoelectronics at the Baskin School of Engineering. Kapany, a Sikh, was a research scientist, entrepreneur, art collector and philanthropist, he is widely acknowledged as the father of fiber optics.

This unique exhibit introduces both Sikh art and ethos as well as a historical look at the Sikh migration and history from Punjab to America, and more specifically California. It is our objective to enlighten the audience as to what and who the Sikh religion and people represent and their relevance, not just here, but around the world.

The main gallery displays a rare collection of both antique and contemporary art which does well to establish the history of the Sikh religion beginning with the spiritual teachings of Guru Nanak, the first Guru (1469–1539), and of the nine Sikh gurus who succeeded him. Works reflect the gurus, gurdwaras, the Golden Temple–preeminent spiritual site of Sikhism, rituals and religious communities. Three phulkaris, loosely translated as  ”flower work”, (large embroidered textiles in silk and cotton) draw inspiration from the wheat, corn and barley farmed in much of Punjab. Lastly, a set of intricately painted miniatures, portraits on bone and ivory of the court and family, often given to visiting dignitaries.
The Ann Dizikes Annex features a graphic timeline depicting the migration of the Sikhs in the late 1800’s to the present day. It presents a rich story of the important events and people that brought to life the current Sikh population we see today with its gurdwaras, community, agricultural and scientific contributions.

This is an exhibit not to be missed. We encourage all to come enjoy the magnificent art and the interesting, rich culture and history of the Sikh people and their religion.