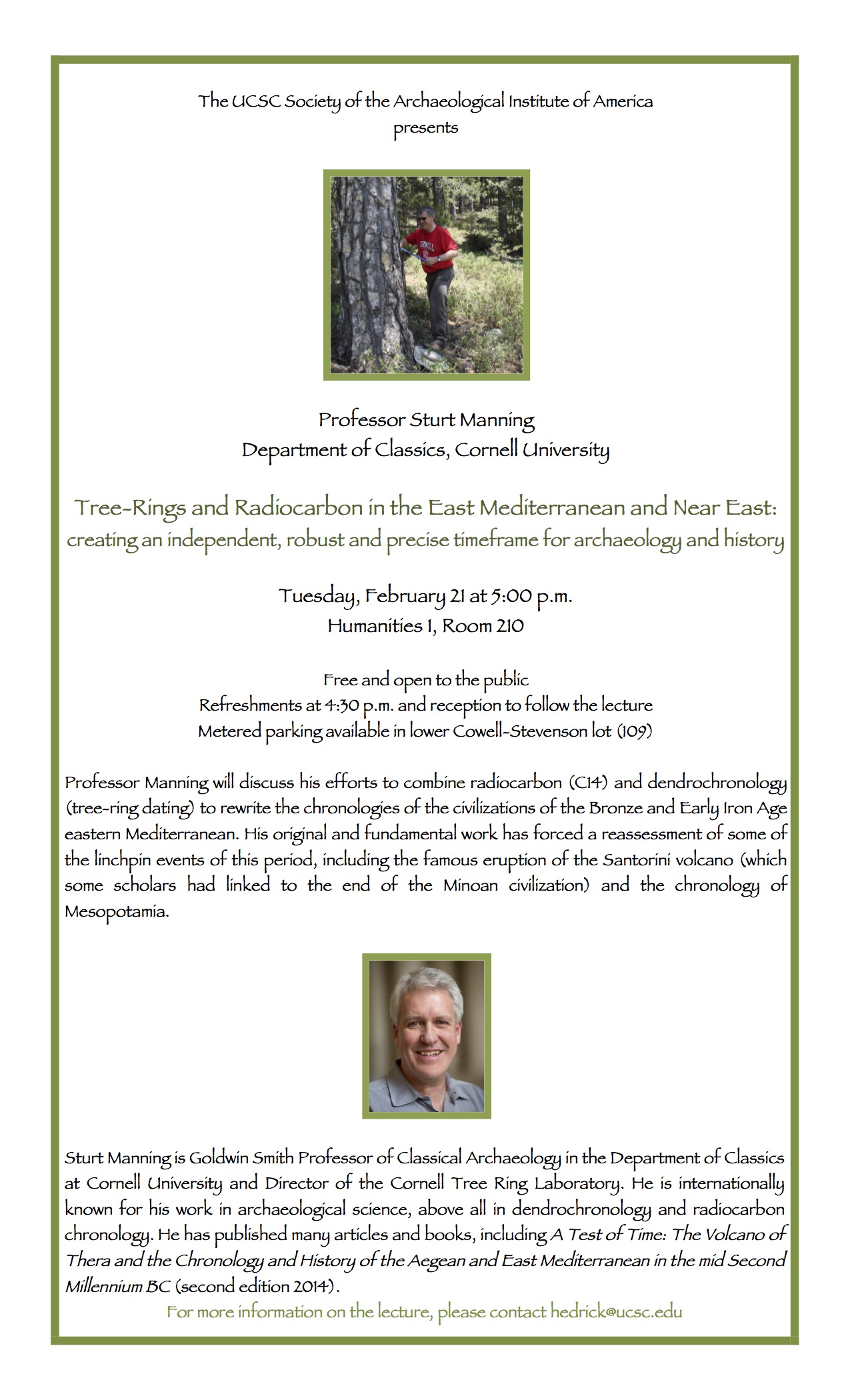 Sturt Manning: “Tree-Rings and Radiocarbon in the East Mediterranean and Near East”

The UCSC Society of the Archaeological Institute of America Presents:

Tree-Rings and Radiocarbon in the East Mediterranean and Near East: Creating an Independent, Robust and Precise Timeframe for Archaeology and History

Professor Manning will discuss his efforts to combine radiocarbon (C14) and dendrochronology (tree-ring dating) to rewrite the chronologies of the civilizations of the Bronze and Early Iron Age eastern Mediterranean. His original and fundamental work has forced a reassessment of some of the linchpin events of this period, including the famous eruption of the Santorini volcano (which some scholars had linked to the end of the Minoan civilization) and the chronology of Mesopotamia.

Sturt Manning is Goldwin Smith Professor of Classical Archaeology in the Department of Classics at Cornell University and Director of the Cornell Tree Ring Laboratory. He is internationally known for his work in archaeological science, above all in dendrochronology and radiocarbon chronology. He has published many articles and books, including A Test of Time: The Volcano of Thera and the Chronology and History of the Aegean and East Mediterranean in the mid Second Millennium BC (second edition 2014).

Open to the public. Refreshments will be at 4:30 p.m. and a reception will follow the lecture.

For more information on the lecture, please contact hedrick@ucsc.edu