The Humanities Institute is delighted to announce the inaugural Coha / Gunderson Prize in Speculative Futures winners and honorable mentions. The annual campus-wide competition, established by THI’s Speculatively Scientific Fictions of the Future research cluster, is open to undergraduate and graduate students for a creative piece of speculative fiction in any medium or genre. As Carla Freccero, the principal investigator, explains, “this cluster and the prize competition aim to bring the sciences, social sciences, arts and humanities together to imaginatively conceptualize possible solutions to some of the most pressing problems and concerns of the present.” Awards are made possible by alumni Peter Coha (Kresge ’78, mathematics) and James Gunderson (Rachel Carson ’77, philosophy, and UCSC Foundation Board Trustee).

The 2020 Speculative Futures selection committee chose one winner and two honorable mentions in each category, Narrative and Multimedia Projects.

Of her submission, Ms. Gelphman writes, “It is a futuristic fairy tale about Midville, a small midwestern town, that transforms from small and rural to a wealthy tourist hotspot. In the story, a wormhole appears on the outskirts of Midville. The townspeople don’t think much of it until a wealthy capitalist named Eli Muskrat arrives with promises to make the town rich off of the wormhole. The town becomes well-known, and the townspeople become much wealthier, but only by making some ethically questionable decisions to increase their profit and dodge accountability.” 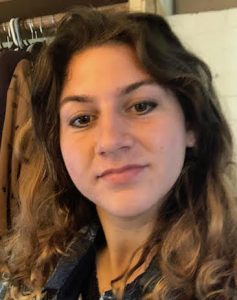 The committee judged Ms. Gelphman’s short story to be a clever allegory of capitalism that excelled in pacing and descriptive detail, exhibited an economy of style, and mixed humor with deft political critique. The committee chose this short story in the narrative category for its polish, subject matter, humor and stylistic elegance.

Of the project, Chang has this to say: “Virtual Fire Therapy LLC is a virtual reality (VR) project that explores the relationship between modernity and Chinese tradition in a quasi-futuristic set up. This project is plotted in a fictional fire therapy company, Fair Sai Re Pi, which is a pyramid scheme cooperation that sells fire therapy service and relevant products. In the virtual reality, participants can have a virtual reality version of fire therapy, which is claimed to revolutionize Chinese traditional therapy in curing various diseases by leveraging cutting-edge technologies. Virtual Fire Therapy LLC examines how the notion of entrepreneurship embedded in the pyramid scheme structure business is repackaged within the context of Chinese traditional thought and refashioned by modern technologies. By situating the fictional narrative in future with a sense of absurdity based on the indexicality of the real world, this project intends to reveal how new technology is reshaped and reformed as a contemporary myth.” 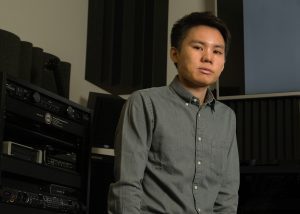 The committee agreed that this was an original, interesting project proposal with a fascinating conceit—the merger of Chinese traditional medicine and future technologies in a pyramid scheme—based in current events. It is a creatively realized and original twist on a critique of the exploitation of new technologies for mythmaking. Chang provides a timeline for the development of a prototype of the environment culminating in a gallery exhibition in 2021.

The winners of the Coha / Gunderson Prize in Speculative Futures will have the opportunity to further develop their submissions with members of the Speculatively Scientific Fictions of the Future cluster and present their projects to the public, whether through an exhibition, a performance, or future publication. We look forward to sharing these creative pieces!

Celebrate the winners of the Coha / Gunderson Prize in Speculative Futures and other student and faculty achievements at the annual Humanities Spring Awards on June 5th, 2020, at 4:00 p.m. RSVP required.