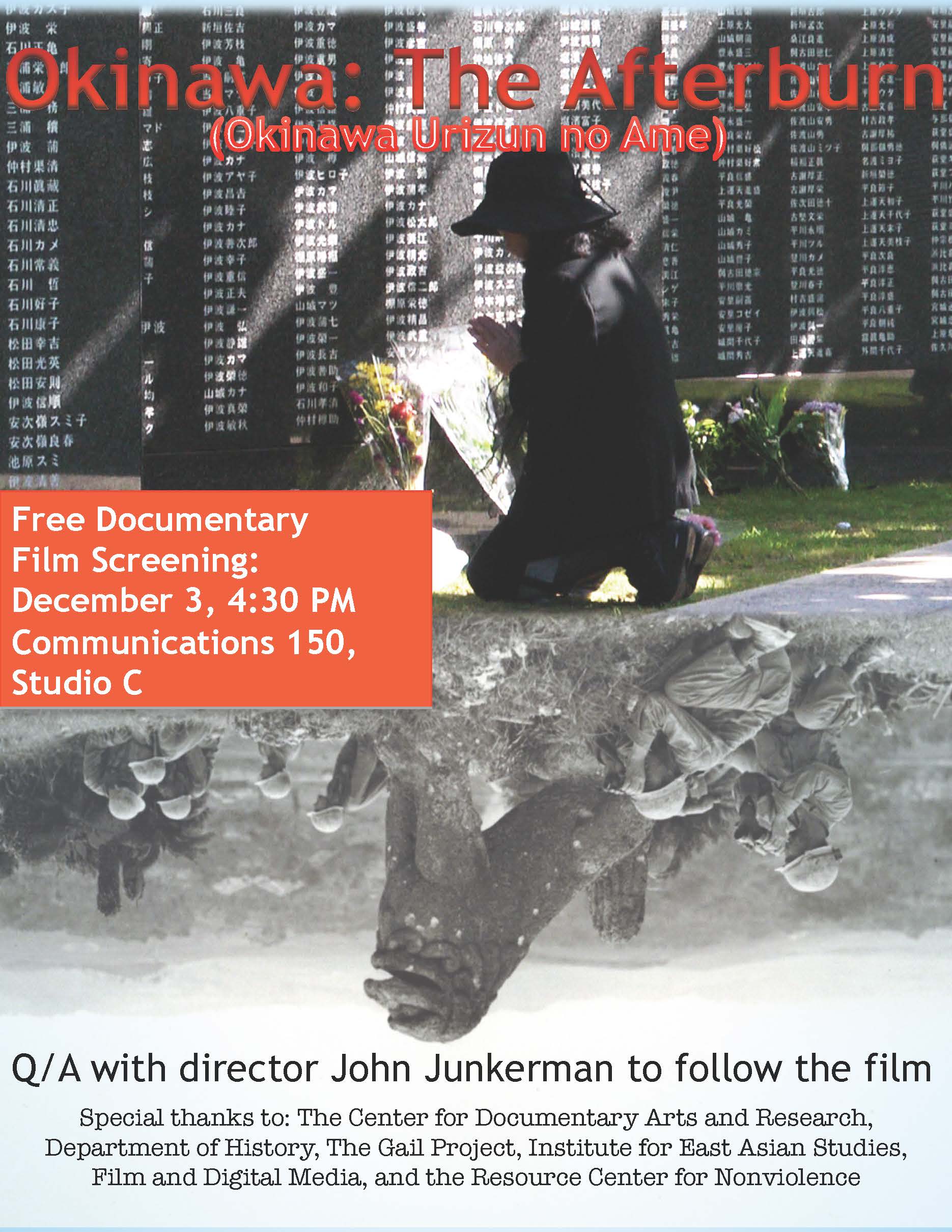 Screening of “Okinawa: The Afterburn” with Director John Junkerman

Q&A with Director John Junkerman to follow the film
Introduction by Professor Alan Christy, Department of History
Directed by John Junkerman, long-term resident of Japan and Oscar-nominated documentary filmmaker, the brand-new “Okinawa: The Afterburn” is a sweeping, in-depth look at the wartime and postwar history of Okinawa and the massive American military presence on the island. Consisting of interviews and rare archival footage on the 1945 Battle of Okinawa, the 27-year American occupation and the ongoing struggles of the local people up until the present, the film is a powerful statement on the historical background and complex reality of US bases on Okinawa, an issue that remains highly controversial on both the island itself and in mainland Japan.
Co-sponsors:
Center for Documentary Arts and Research
Department of History
Institute for East Asian Studies
Film and Digital Media
The Gail Project